Margaret’s Café e Nata Macao. Are they any good or better than Lord Stow’s ? Who wins the battle of Macao Portuguese Egg Tart? 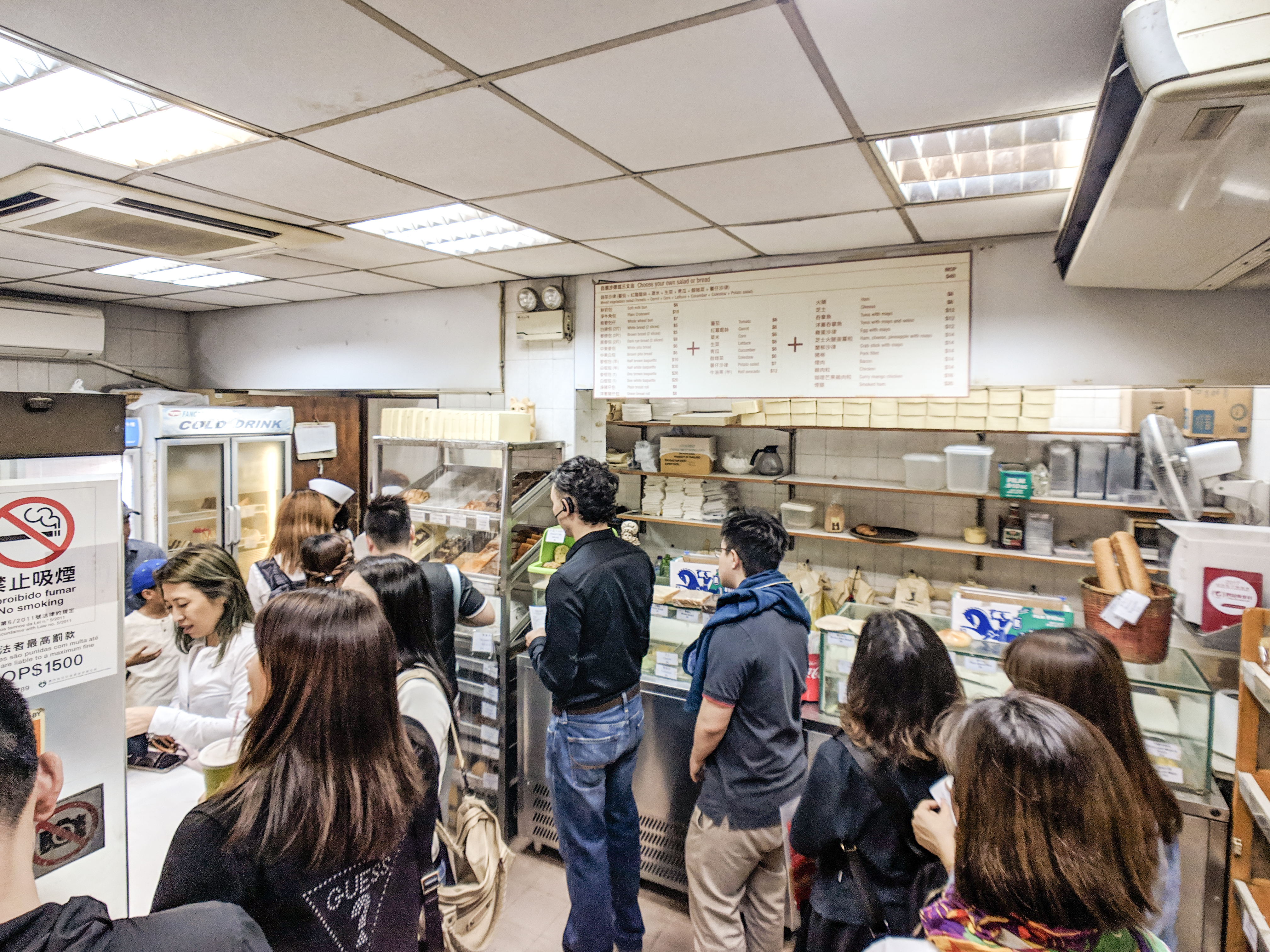 Macau egg tarts were initially and commonly considered a Portuguese import, with Lord Stow being one of the early names for egg when it comes to Macao Portuguese tart. Another famous egg tart seller, often linked in many posts as battle and showdown of both recipes as to who bakes the best Portuguese tart, is at the Margaret’s Cafe. Both Margaret and Stow are friendly competitors. Once married, the two used to operate Lord Stow’s Bakery. It is no surprise she will forever be Lord Stows ex wife whenever anyone go into intensive egg tart debate. This in my opinion doesn’t do Margaret much justice. Margaret’s Café e Nata should be best known for her own effort when it comes to Portuguese egg tart instead of her love life.
I personally enjoy Margaret’s because the brulee on Lord Stows were simply too overwhelming for my liking. The line though… That I did not enjoy. Fortunately, it was fast moving and having a good company to queue can be a good idea, except that would also make the line seemed endlessly long, which isn’t too great for everyone else. Oh well… I am sometimes selfish and I admit it. LOL! 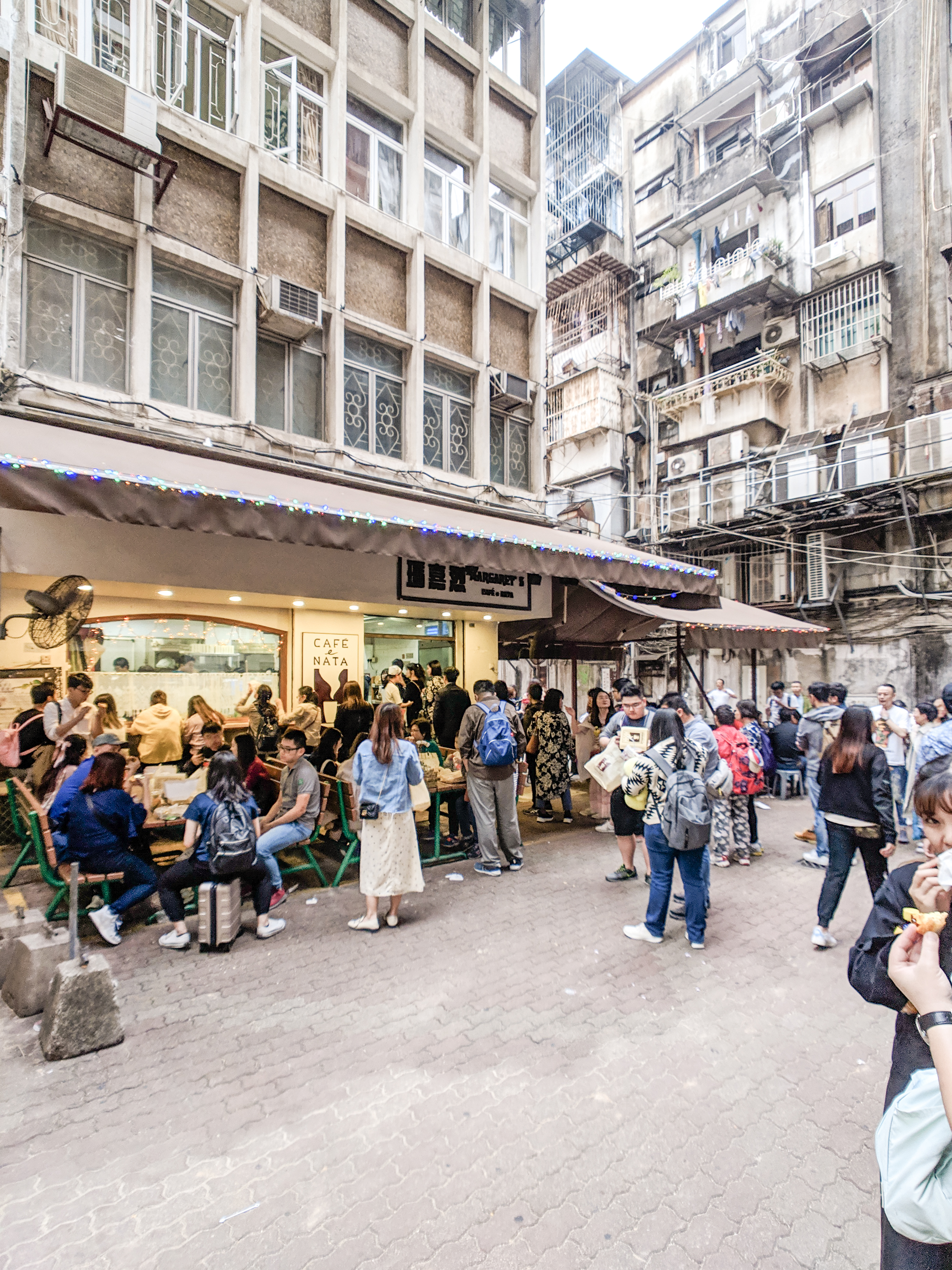 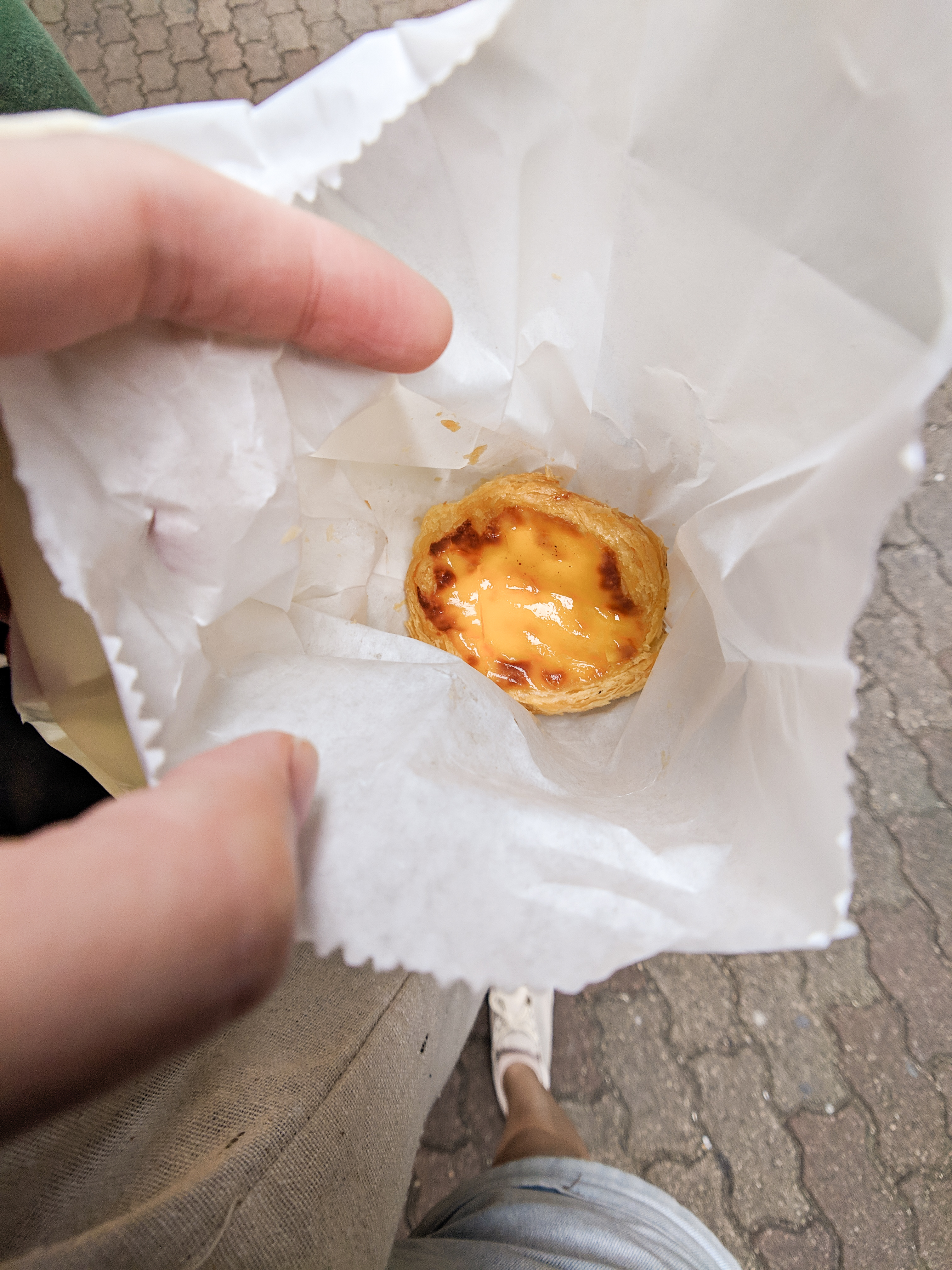 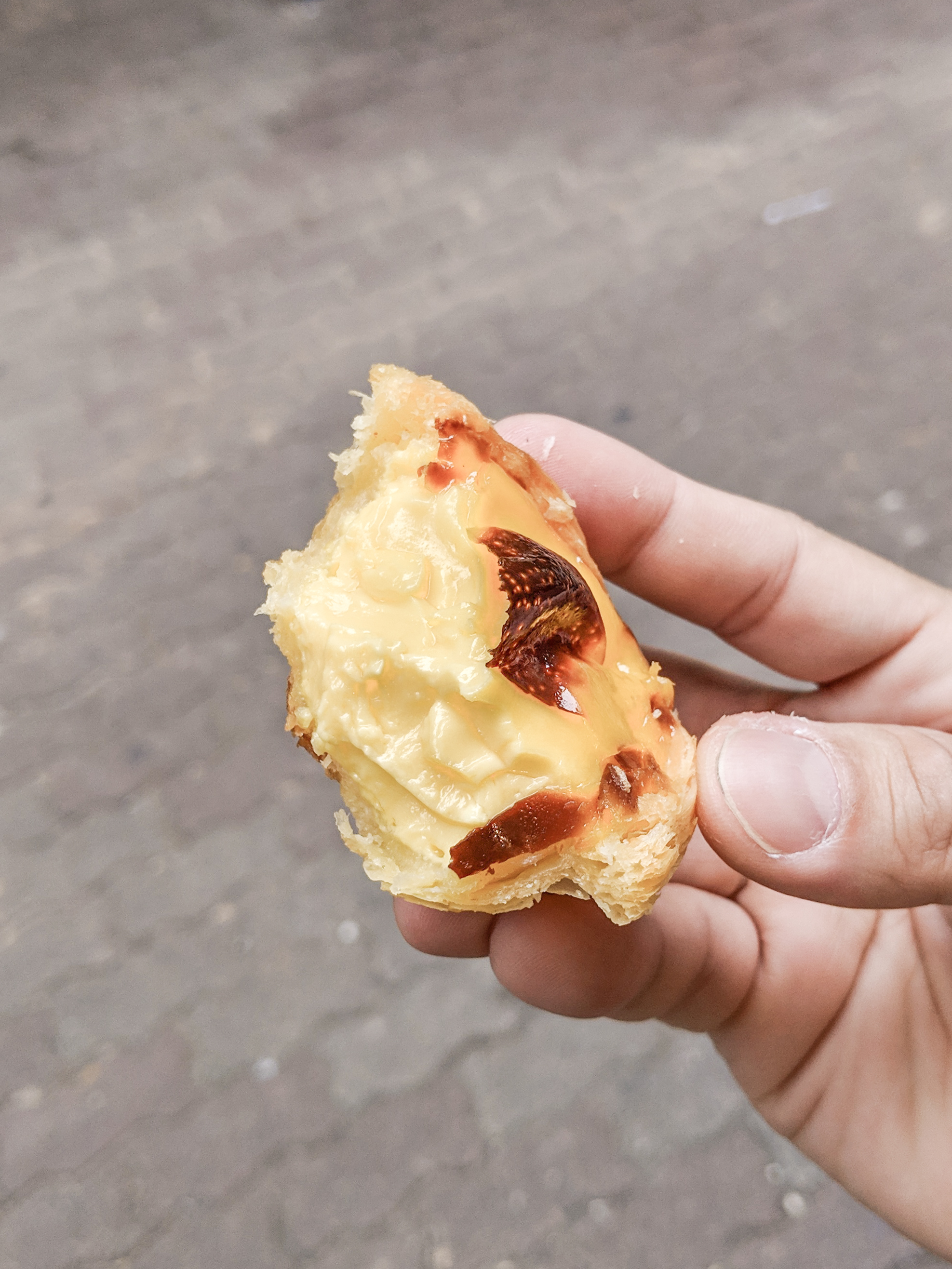 Freshly baked at a very quick pace and flaky buttery delicious with a good ratio of custard and light crispy brulee on top, is a must when visiting Macao. There is always a queue and it is all part of the experience when travelling to Macao. This month is exceptionally gorgeous with light breeze and slight cooling temperature- best to stroll around and chill with these freshly baked bites of delicious sweet treats.