This Chinese New Year, how about some dimsum while getting together with family members and relatives. Starting now, Ee Chinese Cuisine at the Eastin Hotel Petaling Jaya serves tantalizing and delicate pieces of dimsum to offer more joy to Year of Horse.

Up first was a definite mind blowing Prawn dumpling in superior clear broth. With nutritious Chinese herbs in the broth to make these wrapped tortellini a cut above ordinary sui kao. The fillings were not stingy and each piece of three served in individual pots were filled with huge and very fresh prawns.

Keep up the indulgence with the Steamed Crystal Dumplings in Spicy Sour Sauce. Beautifully crafted in crystal clear skin and cleverly combining the spices and flavour of chives, garlic and chili, these dumplings were presented to please the eye and the palate the very instant it was served. The tangy spicy sauce was a good addition to the dumplings and the fillings were generously prepared with prawns.

Then, tantalise the palate with Steamed Grouper Fillet and Thai Green Chili. Served straight from the steaming basket, the sourish spicy sensation from the chili easily masked any fishy aroma from the fillet if there were any to begin with. Fresh sweetness with fiery blend of chili along with the firm texture of plump slices of fish fillet was delectable and much enjoyable.

When eating dimsum, I really fancy having anything with bacon and here at the Ee Chinese Cuisine, dimsum Chef Lee Kor Yew cleverly include an entire oyster along with mixture minced of pork and prawn. I would like it better if oyster is wrapped within the minced meat for the extra flavour. Having said that, the aroma and flavour of bacon was a heavenly mix with amazing texture.

Back to very basic and simple dimsum, they also served the Steamed Mixed Prawn and Pork Paste nicely set on a slice of abalone mushroom. In the paste mixture was also some cilantro and chunks of water chestnuts for extra sweetness, not to mention the effect of it to the texture.

The Char Siew Walnut Tart was brilliantly presented in tart shapes and beautifully topped and baked with a piece of walnut. Flaky layer on the outside for the very perfect sensation at the first bite and when reaching the fillings, I was mesmerized with the moist and juiciness from the BBQ pork fillings.

When served the Deep fried Taro Dumpling with Scallop, I thought it was an interesting fuse which breakthrough tradition and ordinary standard dimsum serving. Think out of the box and create unique out of simplicity. Replacing seasoned ground meats with a whole fresh scallop was an elegant move and the light layer of crusty skin before the soft; fluff and smooth mashed taro were awesome texture in combination. Topped with tobiko mayo, it contributed moist and smoothness to this deep fried chinese pastry.

Deep fried dimsums are always joyful when it comes to any yumcha session. The Deep fried Cheese Prawn Spring Roll was not much different except they also comes with melted cheese with prawn and rolled with poh piah skin and rolled with crepe layer for the extra addition of egg aroma. I would really like more cheese in this one but I figure by then it would probably be relenting to have more than one piece.

Also serving was Flake crusted Black Pepper Chicken Pastry with super light and crispy flake crust on the outside and tender diced chicken pieces with black pepper and something else with a lovely portion was the Fried Cheong Fun with a luscious bed of Chinese waxed meats on top. The texture of rice rolls were great; bouncy and light and not too oily in general. 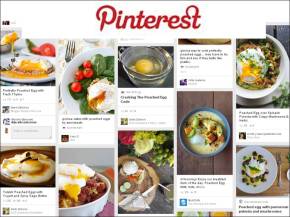